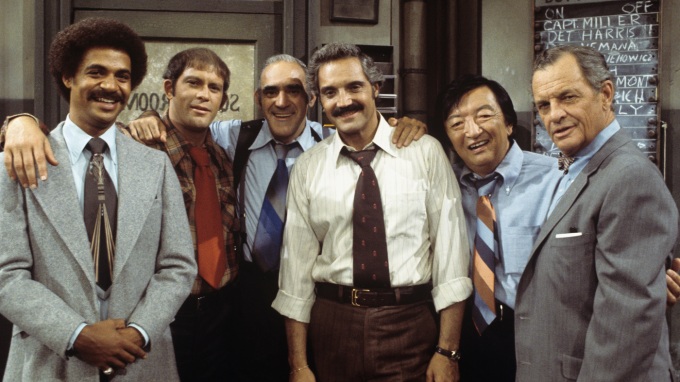 Mainstream media’s on push for “Politically correct” has had long term consequences most did not expect…if they recognize the issues at all. One of those ways, is by pushing the erroneous idea that the American mainstream or any western society for that matter, is post-racial and post-colonial. The thoughts below are from a post I made on a friend’s Facebook thread about yet another recent instance of cultural appropriation that went viral. Not the instance so much as the response from others, usually not a part of a cultural minority, who then “advise” POC on how they should react. In this case, a suggestion that POC should be inquisitive instead of angry.

My general response to any who might have been reading:

“It is not the right of any non-minority person to tell a minority person what they should or should not do in ANY circumstance when it relates to ethnic, cultural or “racial” matters (I add here: “when it has not been asked”). Though it may not in any way be racially motivated, it can still be motivated by white privilege because white privilege gives you the leeway and comfort to BE inquisitive instead of angry. Also because there is lack of empathy that this person has likely heard what you just said a 1000 times already, and likely may have already dealt with dozens of microaggression that day already. That daily life as POC, from the time you are aware of the world, you know that white people often give their opinion without being asked plus you often cannot or are not allowed to respond with all your thoughts because you might get in trouble, get yelled at, have the police called on you etc. THINK about what society does to POC before suggesting how or what POC should do because you have not experienced what they, their parents and 10 generations back have had to deal with and still deal with.

Lack of humility, anger, arrogance, mockery, derision, etc. These are the majority of the reactions when corrected or challenged. I was working on a post for my website on how mainstream trying to “politically correct” everything is contributory to the responses of people today. I went back to watch the TV show called “Barney Miller” (1974-82) which my dad used to to watch. Some of the stuff people said about black people, gays and Mexicans would cause outrage today, and the episodes would go unaired, let alone have a multi-year run, with the series only finishing by agreement, not by low ratings or cancellation.

The difference was, in the same show, somebody busted the racist or ignorant idea or behavior down, often in a comedic way. But it made sense. It humanized minorities and women’s issues in a white male dominated situation which is the world Europeans forced on their own people then the Americas. With shows like Barney Miller, even people living in regions where they had no contact with minorities or (openly) gay people, they could get educated or at least sensitized to the issues, so as to gain empathy and insight. This tendency to erase or “colorblind” the next generation of white people made them think we are post-racial and post-colonial. Our societies are not. POC know we are not. So, you have even more open, blatant, shockingly silly or malicious appropriation than ever before plus a stronger reaction of petulance.

The labeling of “not politically correct”, so whatever it is is deleted, is the hiding of the true nature of people and society, of thoughts and behaviors and the practices of racism and white supremacy from the subtle to the major. It hasn’t been taught, so white people especially don’t recognize it because they don’t have to live it anyway. Just like they did in school textbooks, erasing actual history of what Europeans did to Natives, or the couching of history with myths and fabrications to “spare” the white kids from topics deemed too violent, but which minority children were/are forced to deal with. Things such as societal violence and racism from the time they are born. They’re not spared, and mainstream USA especially, doesn’t care.

The thing is, among POC communities and groups, we also may take some things lighter or some things heavier, even shake our heads and laugh but NOT to the public general face. Why? Because people not from that group, aka yes, some white people, take that as permission or that something is okay. They then make light of it, too, or try to say, “Well do this. Don’t be like that.” But They Do Not have that right! Yet it seems SOP these days for people of primarily European heritage to tell POC what to do, all facilitated by the openness and ease of interaction of the Internet. For example, in many Native cultures, black US culture too, you learned to use humor to deal with devastating trauma and violence. If you didn’t laugh with those who know and understand, you would die of thirst from your tears. But boundaries of this kind are not respected these days, for the most part.

I was speaking with a colleague yesterday, a white German guy, on these topics and I said that is actually why some minorities come to Germany and they never want to go back to the USA. Many Germans at least above 40 or so understand boundaries. There are some places they would only like to see themselves, so they understand and accept minorities wish to do the same sometimes. It is primarily the younger crowd, again, who think societies are post-racial, post-colonial. They are ignorant, invasive and persistently cross boundaries that are made necessary because of the Eurocentrism in society. Sometimes we need time away from the constant bombardment of Eurocentricity or the selfish, self-focused behavior where their personal opinion is centered in any/every conversation. You have to get away from that for sanity’s and survival’s sake of POC… until more white people take responsibility for their own actions, behaviors, words and history, and educate themselves and change for the better.

We don’t get mad or offended because we want to. It’s not just an affectation or act in most. It is a critically necessary survival skill, because psychologically you need to get angry in a healthy way in order to combat the daily minimization, erasure and racism that even friends who may be white or with a primary European heritage dish out. It can be crushing, especially repeatedly, for POC to hear what is so important to them, their very survival, minimized or treated with levity or mystification.

One thought on “The 70’s “Barney Miller” Show, Today’s #CulturalAppropriation & the Long Term Effects of #PoliticallyCorrect”