“Do you remember the sight we saw, my soul,
that soft summer morning
round a turning in the path,
the disgusting carcass on a bed scattered with stones,
its legs in the air like a woman in need
burning its wedding poisons
like a fountain with its rhythmic sobs,
I could hear it clearly flowing with a long murmuring sound,
but I touch my body in vain to find the wound.
I am the vampire of my own heart,
one of the great outcasts condemned to eternal laughter
who can no longer smile.
Am I dead?
I must be dead.”

Several English translations of the verse, originally written in French can be found at this LINK. I first heard the poem spoken by east German actor Thomas Kretschmann, in the sci-fi/fantasy film, “Immortal” (2004). A discussion at Project MUSE explains the notoriety of its author and the circumstances of its provocative creation in the 19th century. How things we see or experience, especially during our childhood, can and do influence and affect us the rest of our lives. This is rather what prompted by interest in psychology, long before I understood the term or science.

Many researchers have theorized and statistics suggest such childhood trauma and other experiences can contribute to addiction, other forms of dependency and problematic rehabilitation. This is exactly you may see someone and think they have the looks, money, family stability or whatever, and are shocked they have a recurring addiction problem…but for some, something happened that their family, their partner, their sibling or friends never knew. Until this is recognized, accepted and processed, which may take years and much pain given and received, one cannot be healed. Even so it may be a struggle never overcome.

I wrote my short fiction speculative piece, “We, the Dead”, after waking up from a very vivid dream, which I feel was subconsciously generated after watching “Immortal”, and being especially struck by the poem. The flash-fic was published in Danse Macabre 59: Noctturno, an online literary magazine devoted to the fanciful and occasionally morbid. I often have such dreams or nightmares, where I awakened and immediately reached for pencil and paper to record the impressions. My short urban fantasy, “The Angel of Berlin”, was also such a tale. Before ending my time in Germany, I hope to make it into a short film. 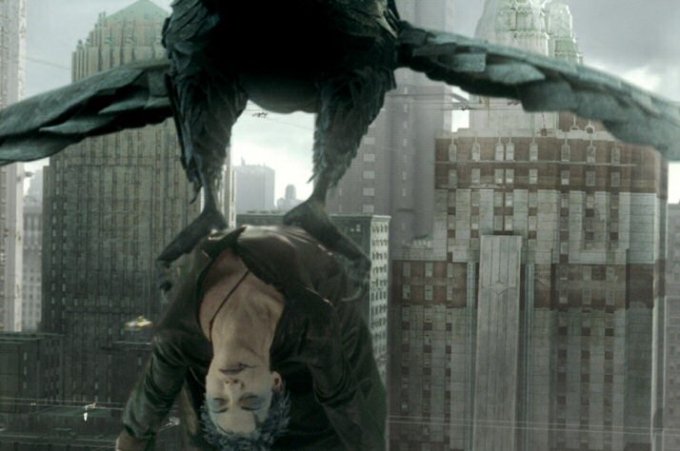